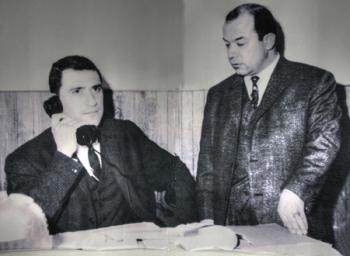 Born on February 5th 1924, Nicosia Cyprus, the second child of four brothers. While in primary school

he helped his father Mr Ahmet, who was transporting horse carts. After starting secondary school, he had to leave at the end of year 3 and started to work next to a tailor.

In January of 1959, Adem Kaner's younger brother Vedat KANER completed school and started working together with his brother. They named the company Adem A. KANER and BROTHER Ltd. and formed the official partnership of two brothers and laid the foundations of today's KANER Group of Companies.

Was born in June 17th 1937 in Nicosia. He spent his childhood years were in Cihangir and young adult years in Nicosia. While studying at Nicosia Turk Maarif High School, his work career started off by helping his brother in selling fabrics and sheets at the nearby village markets.

Vedat Kaner, died in January 1981, who had always devoted himself to his wife, children and whole family, not letting his work load getting in the way leading his family, and relatives with his values on life.

The KANER brothers, who still continue to be the leader in the hearts of their families, also light up the current KANER Group of Companies.